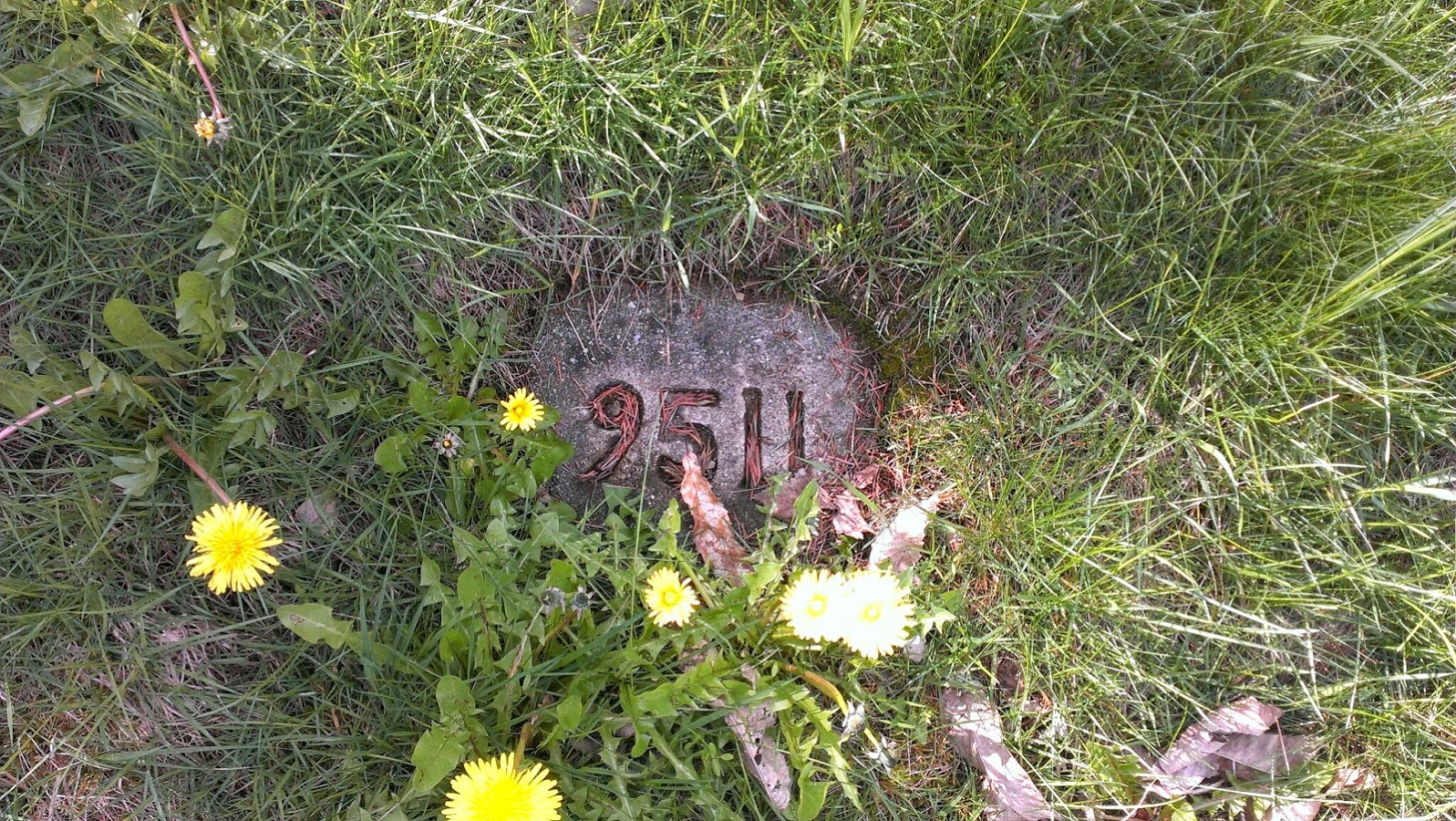 There is something fascinating about a forgotten place. Especially in our ever-changing urban landscape, there is an allure in a place where time stands still. As the world rushes by, a small piece of history remains anchored amidst the human cacophony - hidden in plain sight and remembered by no-one.

The BC Penitentiary graveyard is one such place. Boxed in by low-rise condos to the south, a construction site to the west, a care home to the north and flanked by a steep escarpment to the east - it has been cut off by the world. There is no way to access it, except by trespassing through private property. At first glance, all you see is a fenced-in grassy patch, overgrown with thorny blackberry bushes and weeds. There is no signage. But if you were to venture into this space and look closer at the ground, you would see small gravestones peeking through the weeds. There are no names - only prisoner numbers to identify the deceased, chiselled into the stones by their fellow inmates.

A modern legend has sprung up around this graveyard - it is now called Boot Hill by those who have discovered this place. Boot Hill is a common name for the burial grounds of those “who died with their boots on”, such as the gunfighters of the old west. In this case, the unwanted bodies of prisoners are buried here. I say “unwanted” because only those prisoners who had no family or whose families refused to collect the corpses were buried here - about 43 or so from 1914 to 1968. They are still unwanted - an inconvenient blight in the landscape that the surrounding city refuses to acknowledge but cannot do anything about except pretend they aren’t there.

Because there are a couple of murderers and rapists buried here, it’s been called “the scariest place in the lower mainland.“ Ghost hunters sometimes frequent the graveyard. One group of ghost hunters even recorded the ghostly voices of the dead prisoners during their visit. However, the disembodied voices they recorded seem more concerned with dog poo than their mandate to haunt the living.

In fact, most of the deceased were dispossessed young men who committed relatively benign crimes (such as stealing $15 worth of men’s socks). Sadly, many committed suicide as a way of escaping the deplorable conditions of the prison (conditions which spurred many prison riots over the years before the prison was shut down).

Although information on Boot Hill is scarce, local resident Deborah McIntosh went to great lengths to preserve what little we know and chronicle it in a website that has since been shut down for a number of years, lost - like Boot Hill - to the vagaries of time. Her meticulous research bordered on obsession, but her reason for letting the site die is unknown. Perhaps she wanted Boot Hill to remain hidden - to let the mystery return. Or maybe she wanted the dead men she had come to know so intimately to finally rest in peace, forgotten by everyone except a handful of secret stewards who ensure the weeds don’t ever completely choke the headstones. Whatever her reasons, her website is not completely lost to those willing to dig for it, thanks to the miracle of the Internet Archive.

For 100 years, this forgotten cemetery has languished in obscurity, but not for long. A 22-story highrise with an outdoor swimming pool and hot tub is being constructed right on its western border. I wonder what the future residents will think of this odd patch of thorny land that sits like a stain on the periphery of their panoramic river views? Perhaps the city of New Westminster will finally acknowledge its existence. Or maybe they will hope that there is nobody left who remembers.

As I stand in this sad, forgotten place, the sun streams down through the trees and a dense quiet seems to envelop the graveyard like a heavy fog. It is peaceful here, and undisturbed. This is how I want to remember this place. But beyond the chain-link fence sits a caterpillar digger with mud on its claws, waiting patiently like a beast about to pounce.

« Previous: Flashing a custom ROM on the HTC One S Next:   Easter in the USA »