Most advanced connectivity ever

Irony or hubris, I can’t decide.

In 2016, Apple removed all the ports from the MacBook Pro (including the beloved MagSafe power connector) and replaced them with a couple of USB-C ports. It was the port cull that birthed the infamous “dongle life” generation.

In 2021, at their recent Unleashed online event, Apple brought all the old ports back to the MacBook Pro. They - this is just incredible - had the audacity to show this slide: 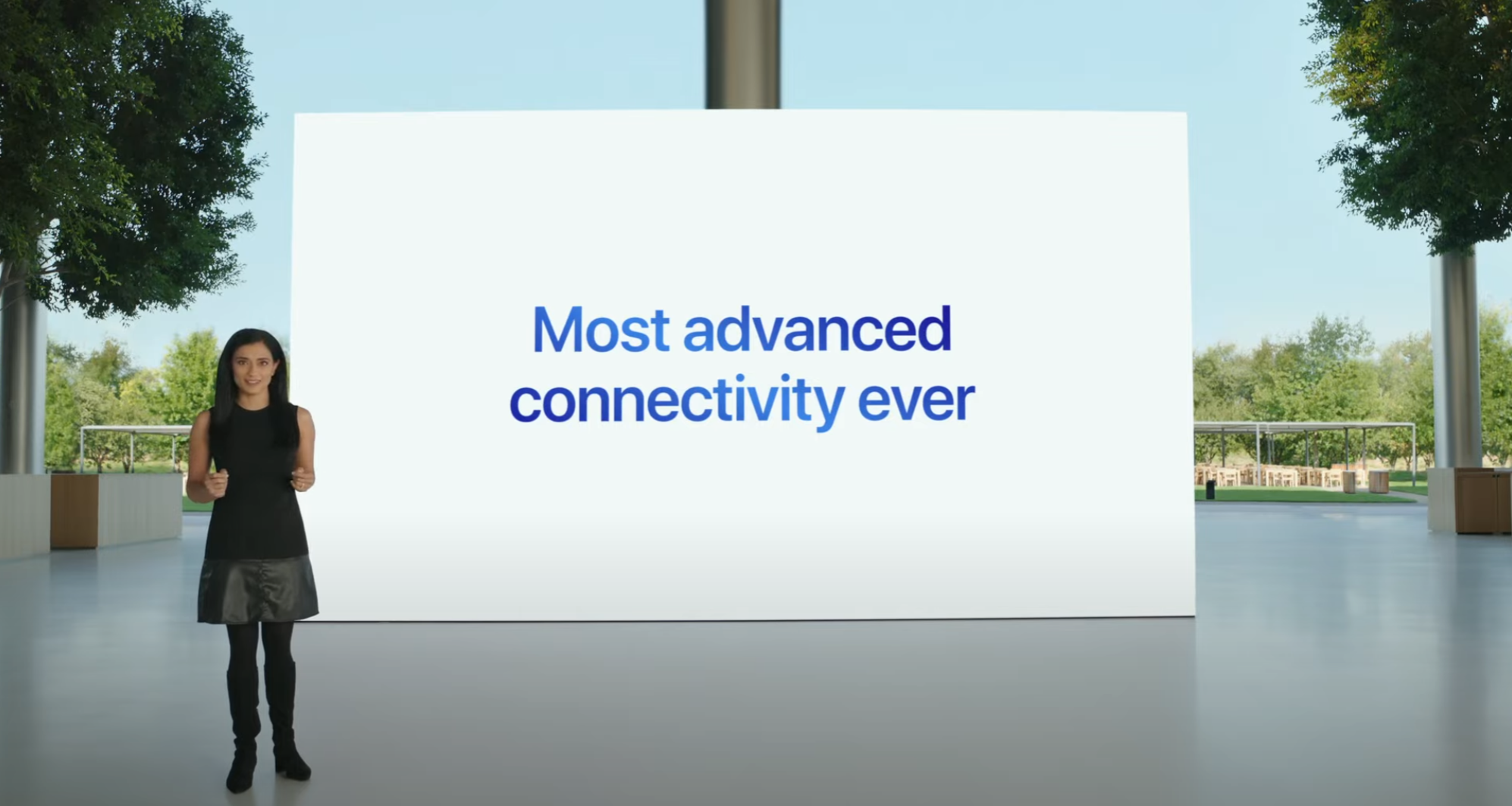 So, irony or hubris? Obviously both, and I just can’t stop laughing. 😂

Call it what you want - Marques calls it “poetry”, but I call it gaslighting if Apple thinks we’re supposed to be grateful for bringing back what they took away in the first place.

Back in 2016, I was in the market for a new laptop. I weighed in on the new stripped-down MacBook Pro of the time and ultimately decided that the 2015 MacBook Pro was the better purchase. Why? Because it had all the ports of course. It also had proper function keys instead of the newfangled Touch Bar, which also turned out to be a failed gamble. So, here we are, five years later, and Apple is rolling back the clock after realizing the future they envisioned in 2016 never materialized.

Anyway, nuff said. Apple didn’t even have to be so slimy about it, as the new MacBook Pro actually looks pretty great - with one exception. I think you know what that is!

Yes, like a hateful virus, the dreadful notch has spread to the MacBook Pro. What makes this design travesty even worse, though, is the fact that there is no Face ID in the notch. A notch of this size for one tiny webcam just doesn’t make any rational sense, unless the notch has indeed become just a meaningless brand signal.

I can only hope that the extraneous space in the notch is being reserved for a future implementation of Face ID. What is perplexing to me, though, is that the smaller notch on the iPhone 13 signals to me that the end goal is no notch. So maybe the path forward for the MacBook Pro notch is from a non-functional notch, to functional notch, to no notch. If so, then Notch Watch is more poignant than ever as it now encompasses expanding product lines!

This is all giving me a headache - let’s move onto the good stuff.

Despite being blemished by a notch, the screen itself seems top notch (sorry). The mini-LED backlighting with local dimming zones will no doubt prompt diehard display enthusiasts to wax ecstatic on the contrast and “inky blacks”. The 120Hz panel will proliferate the phrase “buttery smoothness” until your eyes hurt. That is until the 1600 nits of peak brightness literally blinds you. And a billion colours is nine hundred ninety-nine million nine hundred ninety-nine thousand nine hundred ninety-eight more colours than the two-colour CGA monitor I lived with in the early 90s.

All we wanted for Christmas was a monitor with a colour screen. Kids today are just spoiled.

A workaholics wet dream, or the end of any R & R on transatlantic flights?

“Uh, say Bob, I’m going to need that 8K video done and rendered before you land in London on Sunday…” What kind of extreme portable productivity is Apple enabling here?

It gets better: the CPU performance of these machines has put Intel on high alert with hockey-stick benchmark charts that look like fantasy art for nerds. Apple’s integrated GPU performance doesn’t look too freaking bad either (maybe “integrated graphics” will no longer be a dirty word one day soon). After all, Apple is a practiced virtuoso when it comes to integrating hardware and software so that they sing in perfect harmony together.

It used to be that regular people (me included) would buy a MacBook Pro to “future proof” an expensive purchase. Decent specs are what you’d need to keep going for longer than a few years. Nobody wants to replace a laptop that often, mostly because it’s a disruptive pain to migrate your workflow and stuff over to a new machine. But the “non-pro” models had the sort of price-to-performance ratio that were about as compelling as fine dining on Valentine’s Day. At least the Pro machines were actually worth the money.

However, more than ever before, these MacBook Pros are really just for - you guessed it - professionals. These are expensive laptops designed for demanding tasks. You either invest in these machines to generate income, or your employer foots the bill. These are not laptops that you leave lying around the bedroom for watching Netflix and shopping on Amazon.

I’m not naming any names, but writers who put out a blog post once a month on their money-losing website don’t need these MacBook Pros. Especially writers who refer to themselves in the third person.

I hope my 2015 MacBook Pro has many long years ahead of it. And it should - I paid extra for the Pro machine so that it would. But when the time comes to upgrade, I’m certain that I won’t need a “Pro” MacBook anymore. If I ever get another MacBook, it will be a “cheap”, cheerful, and colourful consumer laptop. A MacBook Air perhaps (if it still exists). I don’t know.

What I do know, based on the trajectory of Apple’s in-house silicon development, is that it will be more than powerful enough. Far more than I’ll ever need it to be.