Trading in your soul for pesos

Yesterday, my wife went to church and was helping out on coffee duty. She had left her purse unattended for a few minutes and some low-life cowardly thief took off with it. She lost her wallet with credit cards, bank cards, driver’s licence, car keys, house keys, and new cell phone I had given her for a Christmas present. We cancelled the credit and debit cards immediately.

What sucks is that we had to change the locks on our apartment, which cost $200 because it was a Sunday. My wife’s car alarm goes off every time she opens the car or goes over a bump in the road because the thief took her only fob. That means another couple hundred bucks probably to replace the alarm system. The cops were absolutely useless - we left a message on their answering machine and they never even called back. Equally useless were the building managers, Baywest, who also never returned our request to de-activate the fob to access the building.

So all in all, I’m pretty f***ing pissed off, but I hope I don’t have to lose any more sleep over it. I’ve already lost an hour to the time change.I guess, the only justice is that my wife had less than five bucks cash in her wallet, along with a few left-over pesos from our holiday. So, was it worth it you pathetic piece of excrement? Because we all know what happens in the end to thieves who steal from pregnant ladies at church: 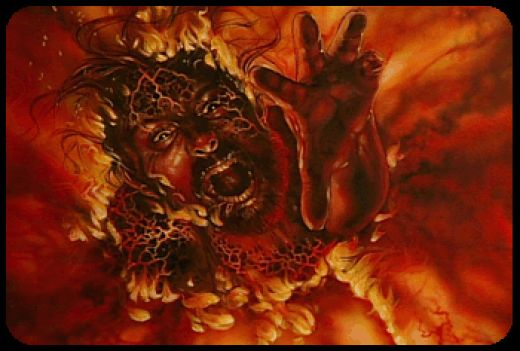 « Previous: Exit interviews for Catholics the answer to declining attendance? Next:   Some videos I edited on iMovie »