Unfortunate demise of a proofreader

I’ve heard tales of proofreaders being unappreciated and underpaid, but this takes the cake! Check out this news article on a proofreader who died at work and was only discovered five days later by the janitor. 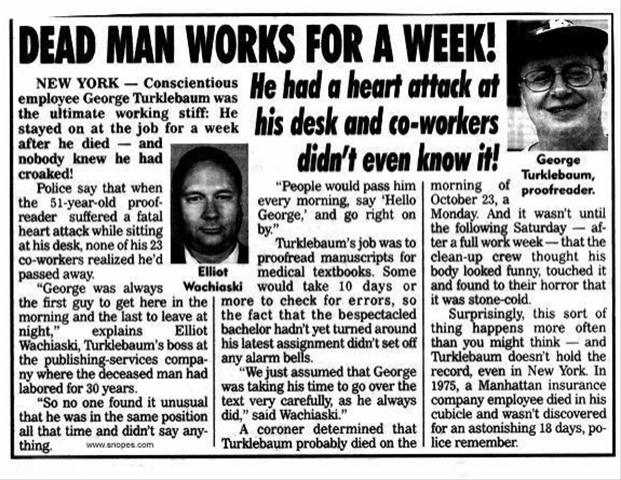 Okay, okay, this story seems too bizarre to be true, and so it is. This article was later determined to be a fake. I mean think about it - even if the office had it’s air conditioning turned up to the max (unlikely on a cold October day in New York), the corpse would have started emitting an offense odour after three days. The point of this fabricated article is, and I quote: “Don’t work too hard because nobody notices anyway.” And it sucks to be a proofreader!