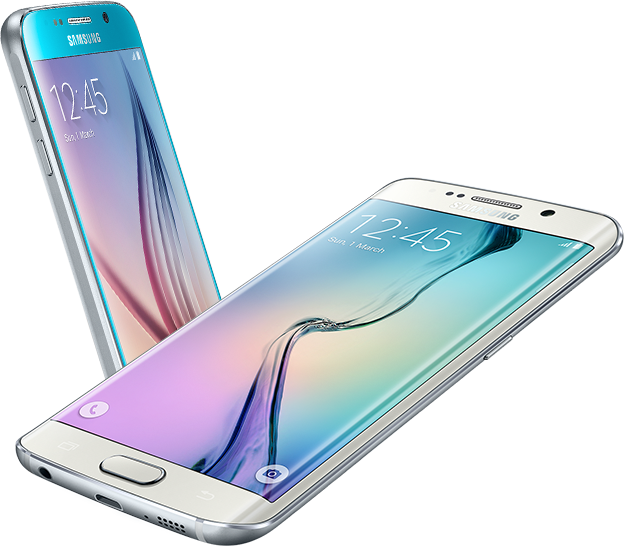 Before the Galaxy S6, it was easy to hate Samsung. Their slimy plastic phones looked cheap and Touchwiz was a bloated mess. Not only that, but their entire business plan seemed to revolve around blatantly ripping off Apple. So much so that they were originally fined a billion in damages in that infamous 2012 lawsuit.

But man, have they stepped up their design game this year. The S6 eschews plastic in favour of shiny glass and metal. Not that they haven’t stopped poaching Apple’s best ideas. At certain angles, the S6 takes great gulping gobs of inspiration from the iPhone 6 - most notably in the bottom styling of the speaker grills and ports.

The S6 Edge - a pricier variant of the S6 with a curved display - presents a rather head-scratching design decision, though. Why not commit to one flagship model? Design is about making choices and committing to one carefully considered culmination of those choices, not copping out by putting the burden (and confusion) of choice on the consumer. But still, the Edge is a stunner, although it doesn’t seem to offer any functional advantage over the S6.

As with most Android phones, Samsung went with some heavy-hitting specs to brute force a smooth experience for the user. Let’s take a look:

There’s that incredible eight cores of CPU power again - this time from Samsung’s own Exynos processor. And with a 577 PPI, that screen makes the iPhone’s 326 PPI look a bit dated - on paper at least. But specs aren’t everything, as I’ve hammered home recently, so I shouldn’t let the numbers romance me.

What do the reviews say? Well, most praise the new design and that gorgeous screen. The camera seems to be really good - perhaps the best out of all Android phones and on par with the iPhone 6, sometimes even surpassing it. HTC should be very worried right now. Battery life sounds adequate, but not amazing. And the offensive bits of Touchwiz seem to have been toned down - but this is a small consideration considering you can just install whatever launcher you want on Android.

All in all, this phone is a real contender for the coveted title of “my next”. It remains to be seen how well this phone holds up over the next eight months, though. When it comes to future proofing, there are a few things to consider.

With USB Type-C set to become the new standard, it would be nice to have it on my phone. Also, I want to stick with Wind, my current carrier, and they’ve just gotten hold of some juicy 30Mhz spectrum in a recent auction. Unfortunately, LTE is probably a way off and phones that support the AWS-3 band probably won’t arrive until next year. I’m not sure I can wait that long.

I try to leave emotion and brand loyalty out of rational decision-making, even though that is easier said than done. But I have to admit it - the S6 has definitely challenged my instinctual hatred of all things Samsung.