Well, well, well. A lot has happened since I last posted here. In short, the world has become a darker place.

The gentle rustle of leaves swaying in the summer breeze has been replaced with the dry death rattle of winter winds. Leonard Cohen released his final magnificent album and then breathed his last breath. America had a trainwreck of an election.

And I haven’t even got to Apple’s disappointing MacBook Pros yet.

That was a bad joke by the way. Or maybe it wasn’t.

On a personal note, I failed to post anything in September or October - thus betraying the promise (well, more of a mild-mannered suggestion really) to you of at least a monthly post. In my defense, I’ve been stressed out with moving. And with the kids starting new school and daycare schedules. Also, I turned 40 and became an old crotchety man overnight. The motivation to write is pretty low right now.

Just getting this far feels like jerking one clunky wooden leg in front of the other and breathing hard. Hard.

On a lighter note, we did manage to escape the Vancouver rain and get away on vacation to sunny San Diego. San Diego is such a stunning place. I mean just look at it.

Anyway, we arrived in the USA in the evening of election day and were as surprised (to put it mildly) as everybody with the results. There were riots in a few American cities, which was a bit worrisome, but nothing major where we were staying on the beach.

Although, we did hear a next-door neighbour angrily shouting “I can’t live here anymore!” And the next morning a woman who was clearly in anguish stumbled out of her beach house and prostrated herself on the sand. But that was about it. To relieve stress, Californians do yoga, go surfing, smoke some weed, and think about seceding.

That’s not to say half the country isn’t in one of the five stages of grief (with mostly anger surfacing at the moment). As Canadians we may have less skin in the game, but sweet Christmas, what a nightmare. What was it Trump said about our Prime Minister on Twitter? The shirtless one that everybody loves?

Oh yeah: “Trudeau has done such a terrible job. He should be ashamed to call himself the President of Canada”. So…I’m not overly optimistic about future Canada-US relations, even if Trump eventually figures out that Canada doesn’t have a “president”.

Anyway, I could go on, but I think YG sums it up the best, so I’ll leave the last word with him: 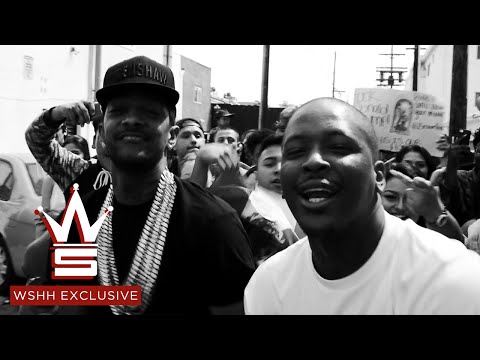 Actually… nah, YG isn’t getting the last word on my blog. You could say that the very fact that YG can publicly express his opinions is a sign of a healthy democracy. After all, can you imagine a North Korean rapper putting out a song called “Fuck Kim Jong-un” and not disappearing into a prison camp (along with the next three generations of his bloodline)?

As an aside, being absolutely fascinated with North Korea after having lived in that area, I recommend the documentary Under the Sun. This movie is a really unsettling look into the educational propaganda machine used to indoctrinate children into the supreme leadership cult.

Sadly, a more insidious educational reform has occurred in the USA as well. Apparently, the aftermath of the No Child Left Behind Act from the Bush administration has ensured that many young people can’t distinguish between the truth and fake news stories on Facebook. Did Trump really win because a fake story about the Pope endorsing Trump went viral on Facebook during the election? Probably not, especially since younger demographics voted blue. Stranger things have most definitely happened though.

One fact, however, seems horribly certain - the average American no longer has a critical mind.

Okay, let’s talk about some more mundane topics. A bunch of new beginnings at the end of 2016 - what a strange year. A year of shifting loyalties it seems.

On the phone front, I’ve made the tough choice of leaving Wind Mobile after five years and switching to Public Mobile. Since the former is now owned by Shaw and the latter is now owned by Telus, it’s not like I’m betraying any independents (who have now all been bought up by the incumbents). But Public Mobile was offering 4GB of LTE data for the same price I was paying for 5GB of 3G data - a deal too good to pass up.

I know Wind is deploying their own LTE network soon using the AWS-3 spectrum, but only the LG V-20 supports this band so far, and I plan on keeping my iPhone for another two or three years. So, I may as well enjoy those high speeds today.

Interestingly, a few days after I started writing this (yes, I am that slow), Wind Mobile changed their name to Freedom Mobile. They also introduced their LTE plan, but it doesn’t look like the current 3G plans will be grandfathered over to LTE - I would have to give up my old plan anyway. So, I’m feeling good about my choice now.

On the internet front, this very website that you’re reading right now is approaching its ten-year anniversary next year. A lot has changed in ten years. Billions of people now access the internet only through Facebook. Can you believe that? Billions more access content only on their phones and has left the humble desktop browser lurching into an inexorable decline.

So when Godaddy wanted to charge me over $20 a year to renew my domain, I choked. I almost let wordbit.com die. They couldn’t even throw me a bone after being a loyal customer for almost ten years. But I really want to make that anniversary. Even though this website means nothing to anybody else, it still stupidly means something to me. So I switched to Namecheap, which is a company which at least lives up to its name. The only question is, why the heck didn’t I do it sooner?

A word about those new MacBook Pros. They actually are disappointing - I wasn’t joking about that. My iMac, after all, is a mid-2010 model that is so agonizingly slow. I was hoping to upgrade to a nice laptop this year and use the iMac as a secondary monitor. But, after seeing those sickening price increases and the mixed reviews, I’ve decided to wait another year. Or maybe just wait until my iMac is no longer supported.

To be honest, there isn’t a whole lot I do on my iMac anymore. I don’t have time to edit pictures and videos. Writing this blog doesn’t exactly require a workhorse PC. There are one or two Mac-specific applications I use, but my iPad easily handles daily web browsing and the odd Youtube video. I just have a really hard time letting go of the PC as a hub for my digital life. I think the cloud is getting close, but it isn’t there yet - privacy and security issues aside. And gaming… well the Mac was never an awesome gaming machine.

Also, my wife got me a PS4 for my birthday, and it is obviously an extremely capable gaming machine. I started playing Uncharted 4: A Thief’s End, and am not only blown away by the improved graphics (I spent an overly long time staring at the play of light and sky reflecting off a puddle of water), but at the generous amount of character development. The character models and facial expressions are so good I couldn’t help but watch the cutscenes with a goofy smile on my face. The mechanics when two characters are making out are still horribly awkward though.

Black Friday seems like a good time to stock up on a few PS4 titles - then I should be set for the next year. Saving money is a great advantage of being a late adopter.

This ended up being a bit of a messy opinionated / newsy post, so I’ll dispense with the epic well thought-out conclusion and just say thanks for stopping by - despite the two-month break. I hope to keep clunking on for a few more years to come, so until next time - stay frosty my friends.