Today, I went to the National Gallery in the morning. Said goodbye to Joseph from Montreal.

There was another huge downpour while I was in the gallery and I felt glad to be inside. Art and photographs.

Had lunch at the hostel, then checked out the National Science Museum. Ignoring the dysfunctional lights and hand-written display cards, the exhibits were quite good, especially the local history and their butterfly collection. 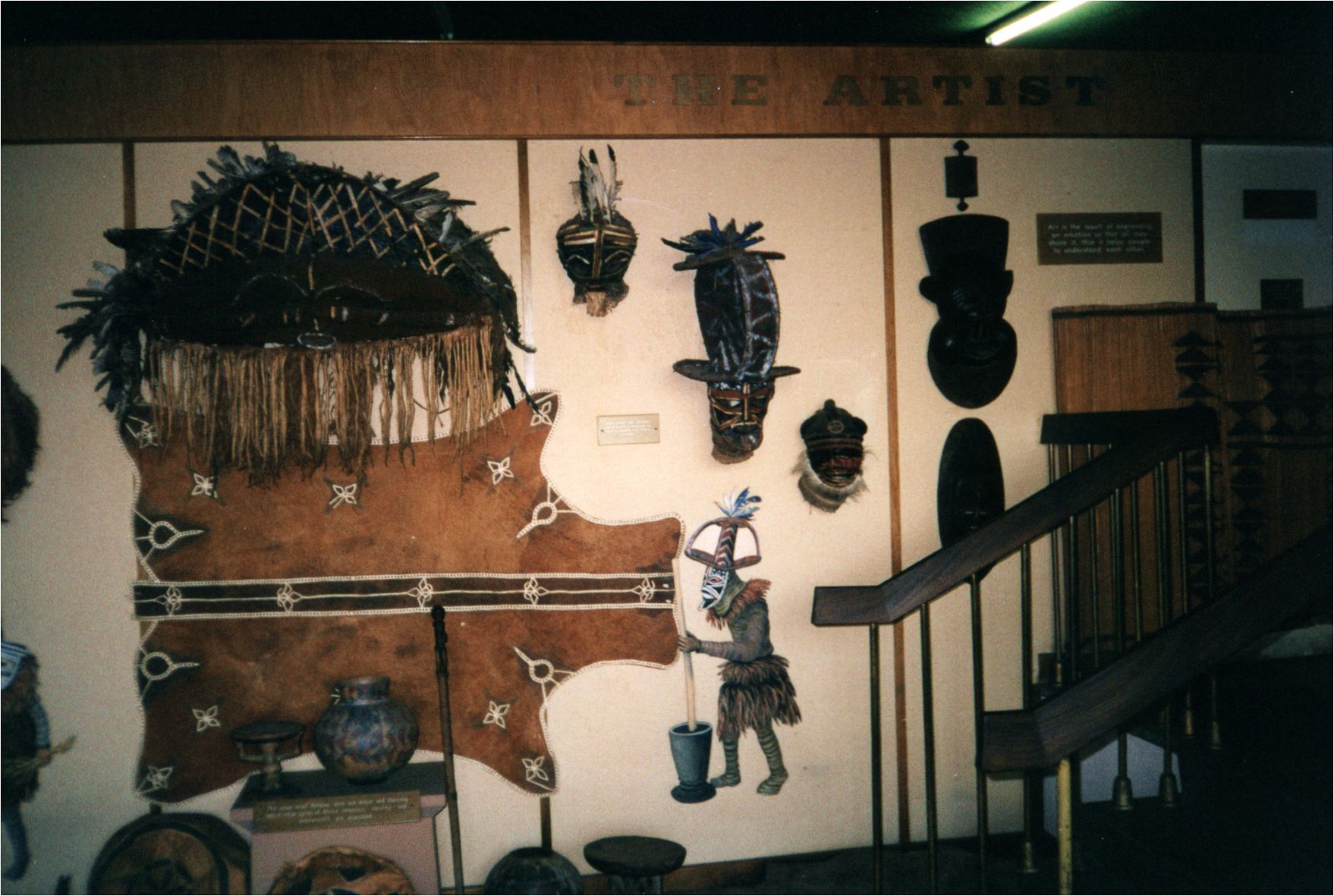 Now I’m totally worn out from walking. Debating whether to leave for Masvingo tomorrow or to stay the weekend in Bulawayo. Probably opt for staying the weekend even though I’ve nothing left to see!

Maybe move to the Africa Sun place ‘cause they’ve got a pool.

Anyways… here’s the generic email I plan to send tomorrow: (as you can imagine, Zimbabwe isn’t exactly big on surfing the web)

Greetings from Bulawayo, Zimbabwe - “The City of Kings”…

This groovy city is my first stop in Zimbabwe. My next stop will be Masvingo, which is close to the Great Zimbabwe ruins. I’m staying at a youth hostel about 3 kms from downtown.

I arrived late on Wednesday night because of delays because of the floods and delays at the border crossing at Beitbridge. I got ripped off big-time by a crooked taxi driver and his three big friends who demanded a huge fee for his services. Needless to say, it’s a hurting blow to my pride as well as my wallet.

Anyway, on Thursday I hooked up with this Canadian guy from Montreal. We hired a guide to take us into the townships to see how people live and how they make local crafts (pottery, weaving, batik). It was really cool, and we were pleasantly surprised when our guide invited us into his modest home in the township and showed us his prized possession: an antique, fully-functional gramophone which he’s hoping to sell to the local museum at some point! 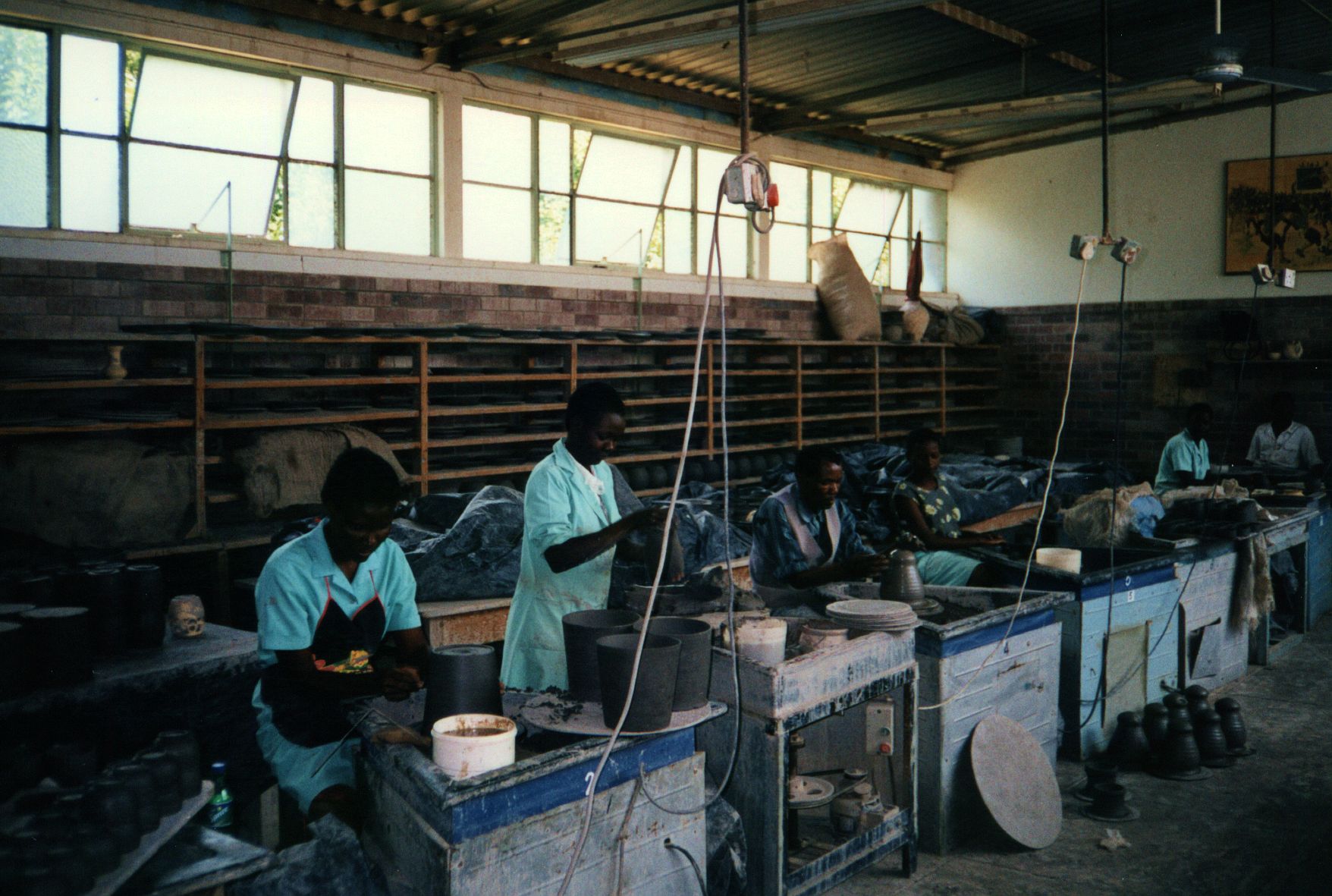 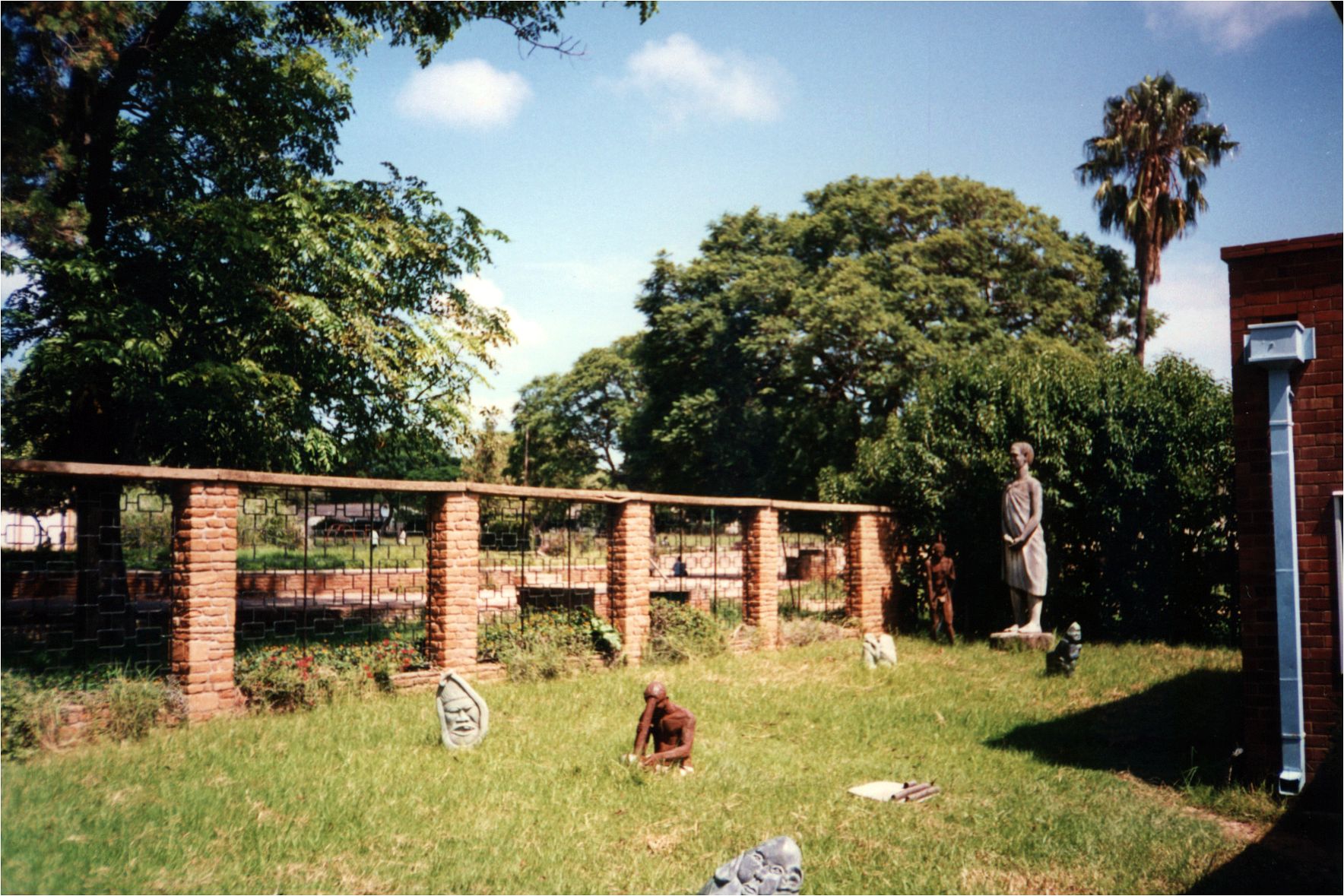 In the afternoon, we went to the incredible Matobo hills in the Matopos National Park, a haunting place with delicately balanced rocks and amazing geological formations. We visited the prominent grave of old Cecil John Rhodes - that ambitious, yet scrupulous colonist. He wanted to build a railway from Cape Town to Cairo, but only made it as far as here, in Bulawayo. 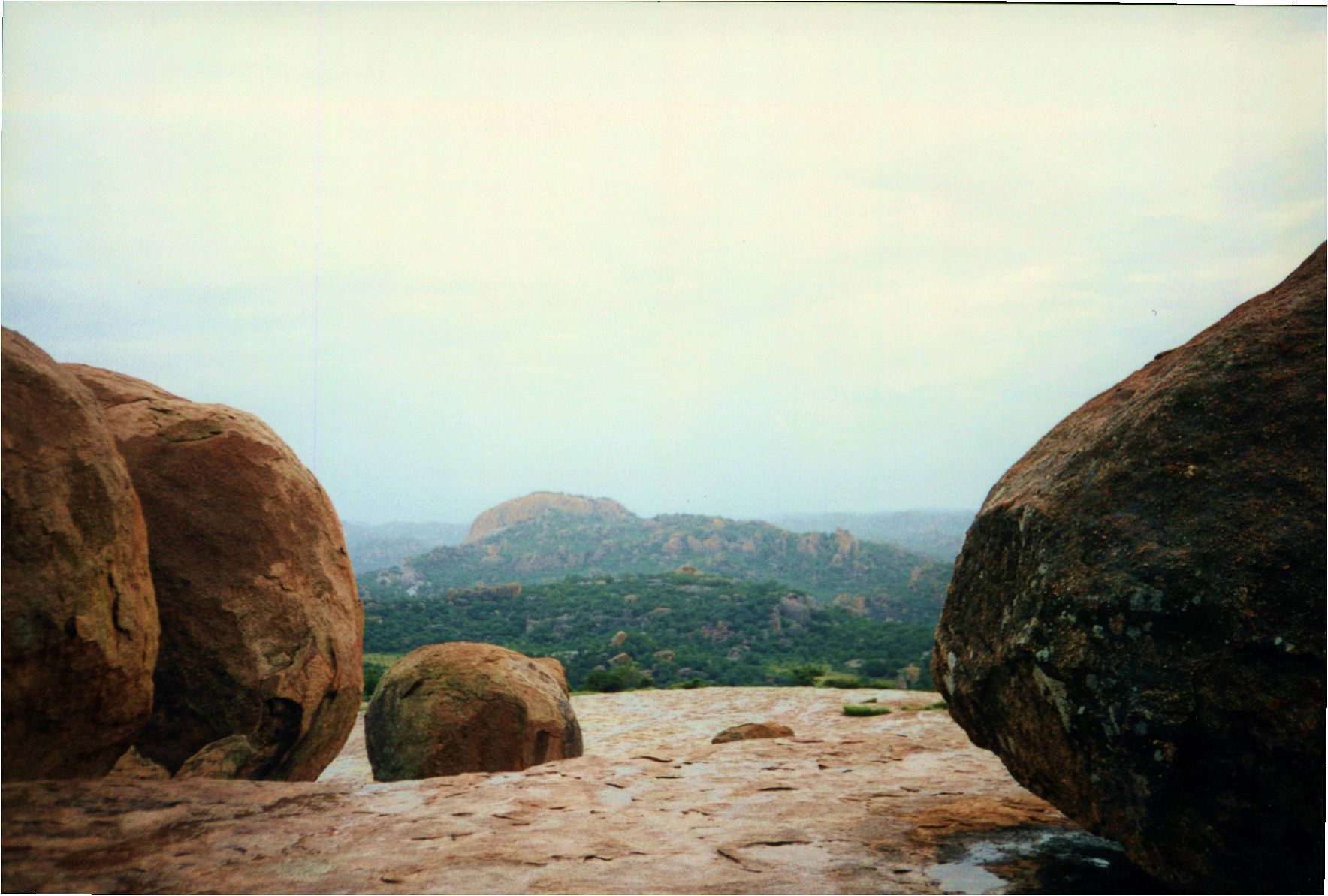 Yesterday, I visited the National Art Gallery and the Natural Science Museum (which had dysfunctional lights and hand-written display signs, but was quite good despite this).

Basically, Bulawayo is stuck in the 70s. No new buildings have been built since then, and somehow people have managed to keep their cars going since then too. (the streets are not as busy as usual because of a fuel crisis in the country) 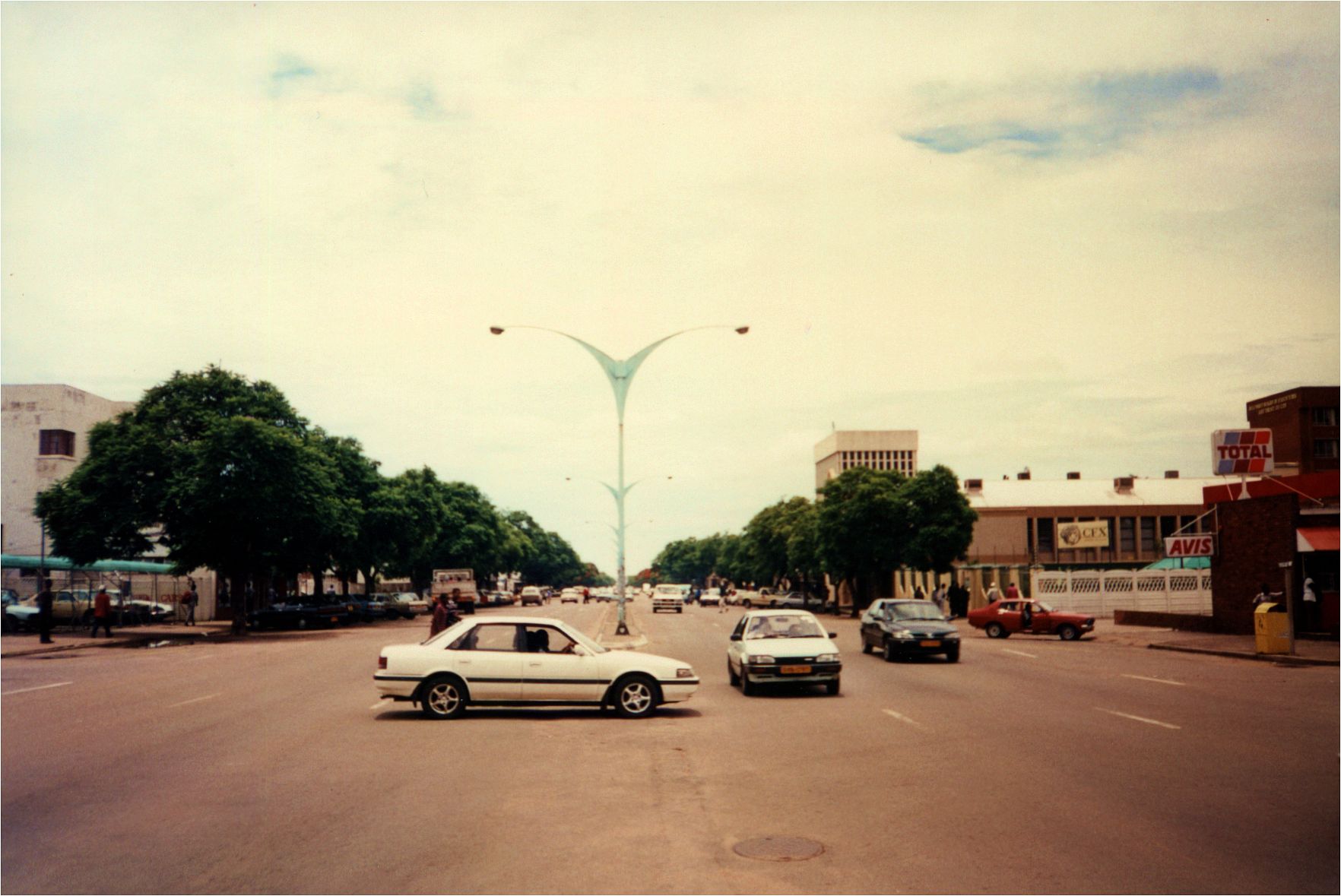 The phones don’t work when it rains and a burger costs $120 in Zim Dollars. $4 Canadian equals $100 Zim. There are separate prices for locals and foreigners at the tourist places / National parks, so it’s easy to get ripped off. The eminent President Robert Mugabe has just doubled foreigner prices in an effort to squeeze those tourist dollars out of us (Zim’s economy isn’t doing too well right now). He’s a dictator-asshole and hopefully he’ll get chucked out in the forthcoming elections. All the Zimbabweans I’ve spoken to know they’re being screwed by him and want him out. But he’s been president since independence in 1980 and I don’t think there are any opposition parties!

It’s funny - I’m the only one staying in the dorm! So I get a whole room to myself for $50 (Zim) a night - that’s $2 Canadian for a room - talk about cheap accommodation! The only people here are permanent residents - Canadian medical students who talk about disgusting things over dinner.

Nobody wants to come to Zimbabwe in the rainy season but it hasn’t been too bad so far.

Anyway, I’ll be in touch again when I’m in the next big city probably - that’ll be Harare I guess.

This journal entry has been transcribed from the handwritten original. For more information about this transcription project, see this blog post.

« Previous: Splashing out in Masvingo Next:   Bulawayo - City of Kings »