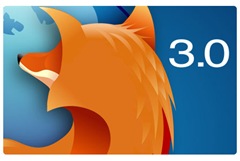 With the recent release of Firefox 3 Beta 5, the end is in sight for an official release of this popular browser (in the meantime, Internet Explorer 8 Beta 1 has just come out). Here are some of the improvements Firefox 3 has over it’s predecessor:

That said, here’s a word of caution if you’re thinking of trying out the Beta at this stage of the game.

Although you can theoretically run both Firefox 2 and Firefox 3 separately, in practice this doesn’t work. I tried the Beta a while ago and found it was too buggy for me. So, I opened Firefox 2 and found some of my settings had changed. No big deal, I just changed them back the way I had them before.

A few weeks later, I decided to uninstall the Firefox 3 Beta because I never used it. Unfortunately, in doing so it deleted all my passwords, cookies, and bookmarks from Firefox 2. So the moral of the story is, just wait for the official release of Firefox 3 before you upgrade and save yourself a major headache. Or go ahead and take the leap - just don’t look back.