Sorrow of the Nyama Nyama

I’m sitting on a rock next to the mighty Zambezi. It’s amazing, purple flowering lilies sprout here and there in a river that’s surprisingly gentle considering the fall it’s about to take. I love it here. 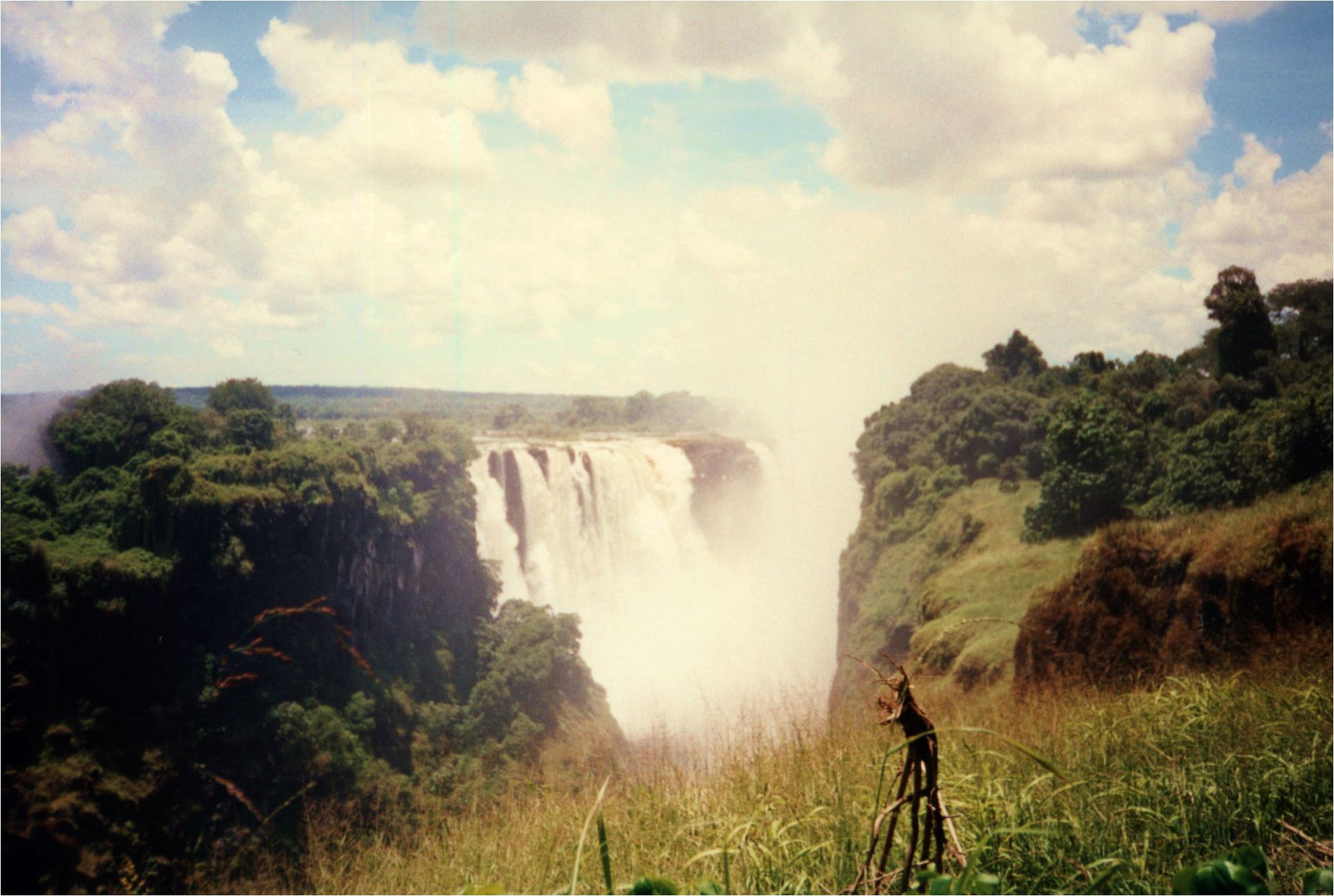 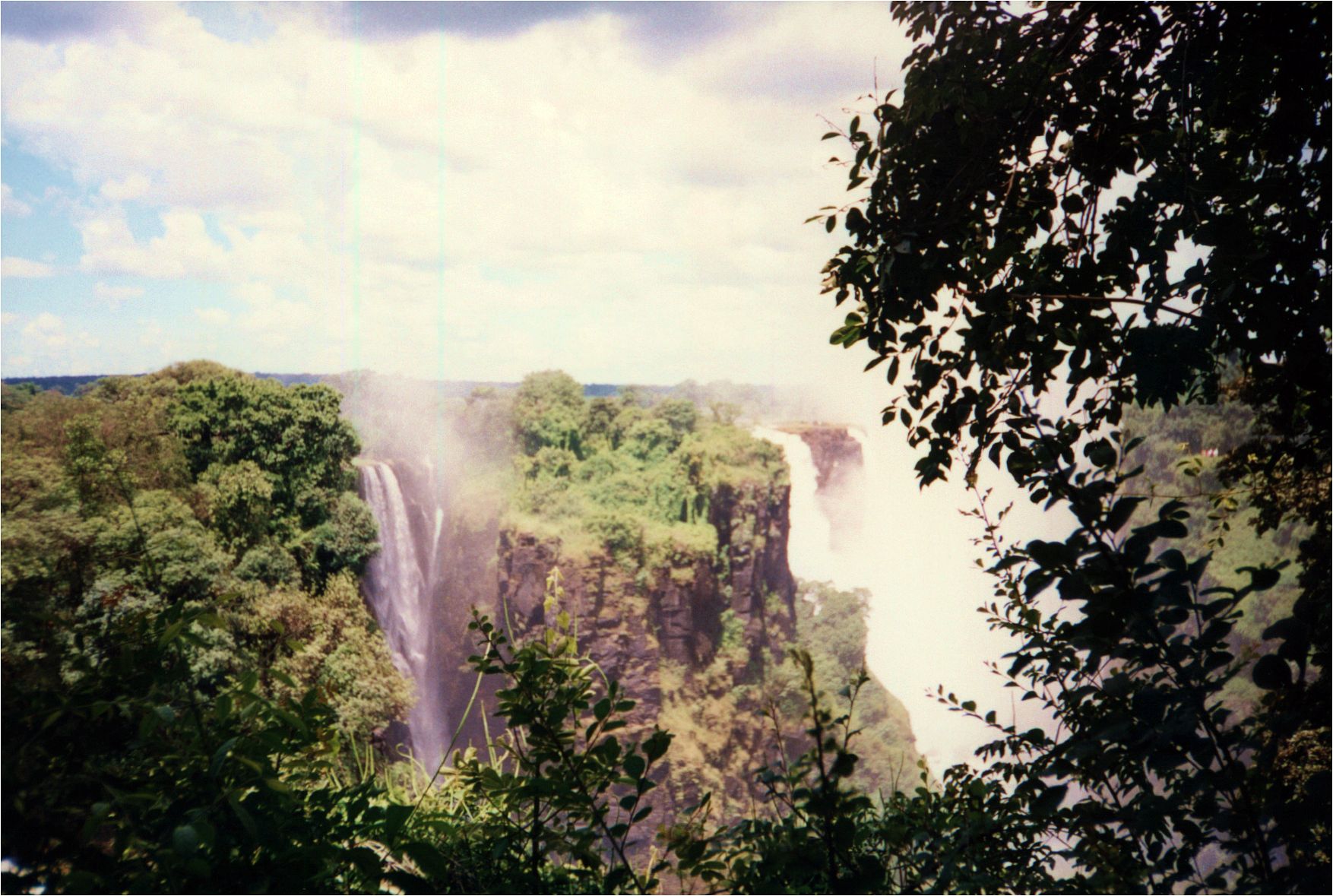 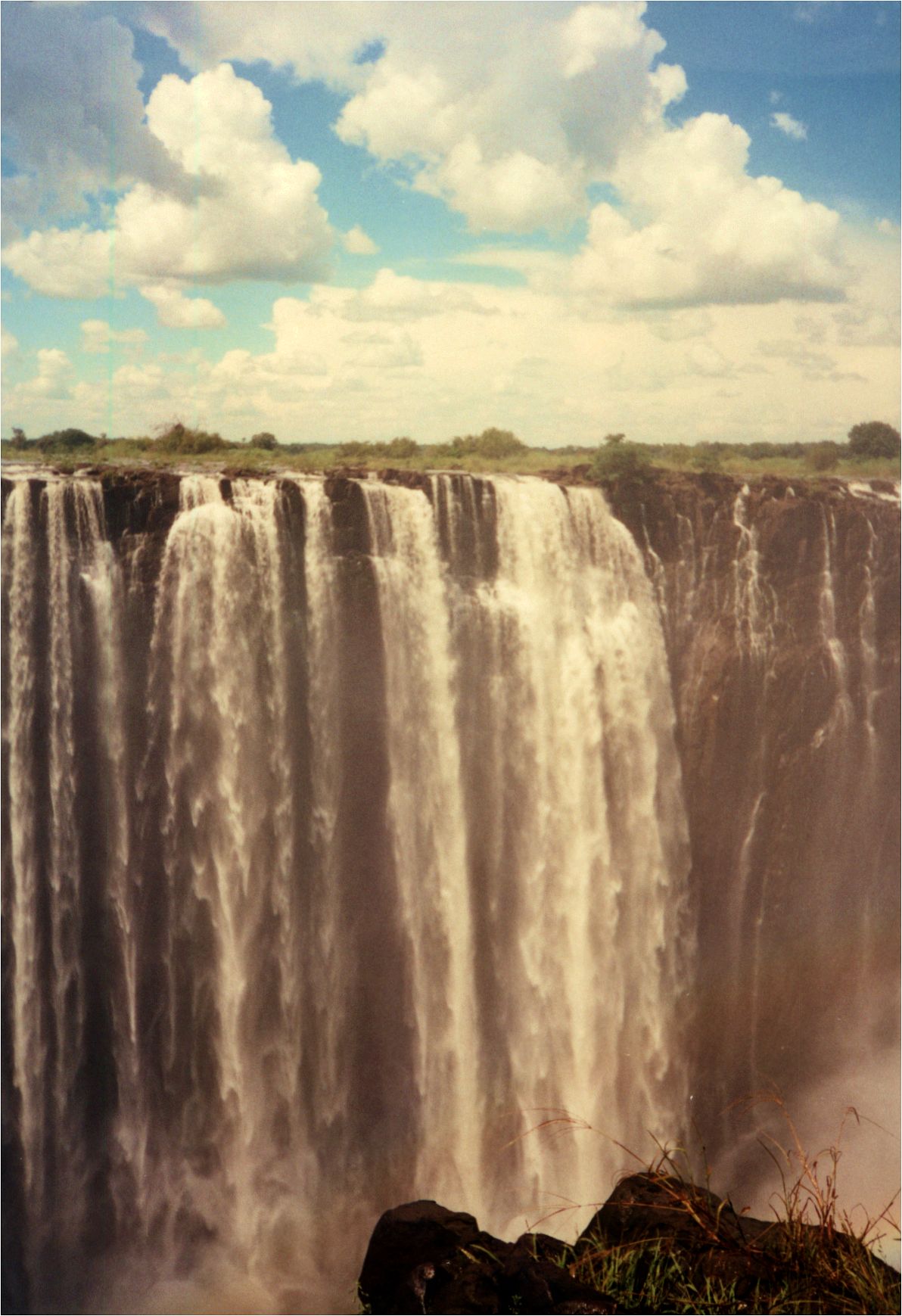 Last night, Karl and I had dinner - I had a baby chicken (yum!) and a beer. Afterwards, we jumped the fence and saw the falls by moonlight. I feel like a real Scorpio loving all this water.

Just been for a hectic walk - hippos, crocodiles, elephants… didn’t see any of them but they’re out there tantalizing the walker and striking fear in our hearts. Wouldn’t really be keen for a swim in these crocodile-infested waters. The nature is what it’s all about here in Zim - and the culture, although it’s been horribly skewed by western doctrine and a drive for tourism that literally shoves tourists around with force.

Man, this town goes for the hard sale, eventually I decided to haggle with one because they’re so desperate and I managed to get him down to $15 Zim for a serpent necklace. Oh well.

I’m not sure, but I think I found a genuine flake while I was walking through an eroded dirt patch on the monkey mountains above the Zambezi. It’s roughly arrow shaped and has a bulb of percussion. It’s made out of a smooth ochre-coloured rock. I’m not sure if it’s obsidian or not. It fits the Oldowan pattern. I don’t know - it was out of context, so not much use. It looks like the face has been chiselled.

Sitting here at the train station - the train is late as usual - African time of course. Actually, all these English tourists with loads of dosh are starting to bother me as much as those vicious hawkers. (Hello! Hello my friend! Hippo - Very cheap, you know how much?) Nyama Nyama - that’s the serpent. Zimbabwe is very poor, it’s really shit for the people.

Some desperate guy at the station here gave me four Nyama Nyamas for $10 Zim. Oh my god - I felt so sorry for the guy, I just bought ‘em. I guess I could use some giveaway gifts.

This train is so fucking late, man. There’s this old steam train with these English snobs drinking champagne by black guys in safari outfits and laughing and looking good in their tuxedos - then there’s this guy - so fucking starving he’s willing to give away his carvings for a few cents each.

Just checked my funds… I have more than I thought! So, going for the whole three-course dinner on the train. Might as well splash out on my last few days! I should go to Kariba! Nah. The money will be nice in S.A.

Well, I got my own compartment, but it means locking the damn thing every time I leave it, and watching my luggage… but who cares, this is great!

Who wants money, as long as you’ve some honey

This journal entry has been transcribed from the handwritten original. For more information about this transcription project, see this blog post.

« Previous: Hello my friend Next:   The quintessential African wonder »